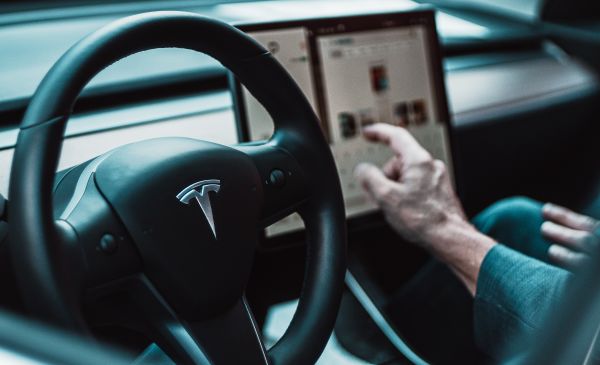 Tesla had a fourth quarter of profitability. And, although some analysts question the quality of the profitability, these numbers are quite a coup. However, there are some other numbers that are not so wonderful.

Tesla scored poorly on the recent 2020 J.D. Power Initial Quality Survey. The survey assesses problems new owners experience within the first 90 days of owning the vehicle. The J.D. Power Initial Quality Survey looks at problems per 100 new vehicles. The industry average is 166 problems per 100 vehicles. Tesla had 250 problems per 100 vehicles. Tesla did not allow J. D. Power to interview owners in 15 states, so the current data are from new owners in 35 states. This makes Tesla not officially ranked. However, it is still below Land Rover vehicles, which is an unfortunate feat, as Land Rover vehicles have ranked among the lowest initial quality ranking for some time.

On the other hand, Tesla ranked highest on J.D Power’s 2020 APEAL Study with a score of 896. This is an exceptional score. As with the Initial Quality survey, Tesla is not officially ranked. The industry average is 861. Porsche, the highest officially ranked vehicle scored 881. The J.D. Power Automotive Performance, Execution And Layout Study (APEAL), assesses how an owner emotionally connects with the new car by measuring ownership “excitement” across 37 areas. There were 87,000 owner respondents in the 2020 study.

According to J.D Power’s website, “The APEAL Study measures an owner’s emotional attachment to their new vehicle and in what areas that vehicle may not be delivering on all of the positive experiences that were hoped for. Understanding this is just as valuable to automakers as knowing about quality issues and owner acceptance of new technologies. The goal for automakers is to delight customers on all these dimensions. Some are better than others at doing this.”

The Wall Street Journal calls the two contradictory scores a paradox of the automotive industry. Paradoxical, yes, but these results are not that surprising. This paradox is actually related to well-studied customer attitudes. Data show that many people tend to allow experiential benefits to override perceived quality slip-ups.

One of the best explanations for why people will overlook quality issues while loving the brand experience is in a 2008 study from the Journal of Business Research. The study focused on the relationship between brand quality and brand image. The study considered what happens when quality and image are mismatched, that is, how can a brand with problematic quality have a really good, compelling image?

The researchers identified some fascinating data. The study confirmed that low brand image is much more damaging than low brand quality. If the purchaser’s motivations are hedonic in nature, low quality is a less important driver. In other words, strong brand image can overcome negative quality issues. For cars, the study showed that “strides in quality are not as powerful as efforts aimed to enhance brand image.”

This does not mean that high image brands, like Tesla should ignore quality problems. What it does mean is that high image brands, like Tesla, can recover from lapses in quality while still maintaining the adoration if its user group. Therefore, it is possible for Tesla to have initial quality problems and at the same time have strong exciting, experiential benefits generating compelling appeal that translates to sales.

Tesla buyers are brand believers. They believe in the electric model and its sustainability. They believe in the technology as well as the performance that the technology provides. Tesla customers believe in Elon Musk and his confidence about his ability to deliver what he promises. Tesla owners may cheer when they read glowing articles such as the recent one in The New York Times on Mr. Musk’s personal life and beliefs, including a tongue-in-cheek interview with Maureen Dowd. Tesla believers may see Mr. Musk as one of those once-in-a lifetime visionary, yet quirky, founders a la Steve Jobs. Owning a Tesla is a badge of innovation and environmental concern.

The dichotomy between quality and image is not new to automotive. In its heyday, Jaguar’s gorgeous cars were also cars plagued with quality issues. Yet, many Jaguar owners were fiercely loyal to the brand. Jaguar owners continued to purchase XKE’s, even when their customers had poor quality experiences. It is the same with Land Rover vehicles. Land Rover has for years ranked among the lowest in J.D. Power Initial Quality studies, and yet the vehicles remain a highly evocative and experiential car brand family.

Because Tesla customers are emotionally and experientially invested in the brand, they overlook the quality problems. This does not mean that Tesla should ignore the initial problems of its vehicles. But, it does explain why Tesla brand believers experience problematic quality and yet have a strong emotional attachment to the brand. Tesla’s brand believers might not perceive the brand’s quality quirks as troublesome enough to delay a purchase.

At The Blake Project we are helping clients from around the world, in all stages of development, build strong emotional connections. Please email us for more.

FREE Publications And Resources For Marketers