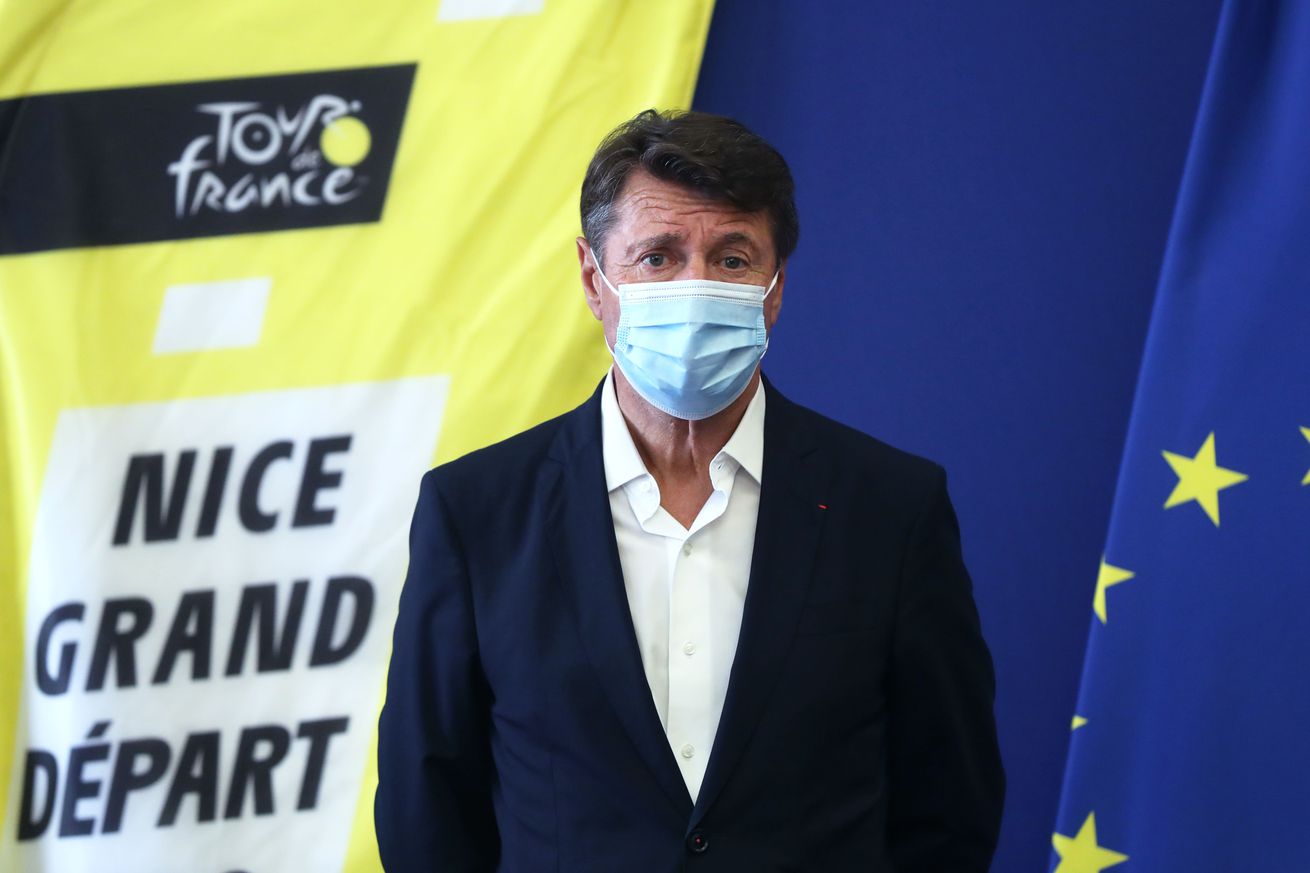 Or, notes from the rare day of peace in the compressed calendar… desk

Goodness me, hasn’t there been a lot of cycling recently? With all due respect to the last day of the Tour du Limousin (genuinely, respect – the finale yesterday was belting) this feels like a chance to stop and reflect, the first we’ve had for a while, and the last for ages. 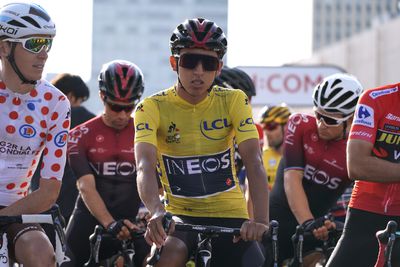 Getty Images
Fancy a repeat, Egan? You’ll have to work for it.

Obviously, I’m not going to cover everything that’s happened. You have results services, professional journalists, and live threads for that, and very good they all are too. So, much though I’d like to dig into the results from Dauphine, Lombardia, Wallonia and Emilia, and putting aside my (limited) excitement about the forthcoming Euros and other races, there’s only one story in town. Let’s get into it with a multiple choice game!

There are nine days before the Tour. Choose which of the following options best expresses your view on the state of the race and the likeliest outcome:

a) The Ineos Grenadiers, stupid name notwithstanding, will continue their dominance of the last nine years. Yes, they’ve had to leave Froome and Thomas on the bench for form reasons, but they have the reigning champion in good form, supported by last year’s Giro winner (rounding into form?) and a nice blend of young climbers and experienced riders. Bernal’s still the favourite to retain.

b) Jumbo-Visma well and truly stamped their authority on the peloton in the Tour de l’Ain and backed it up in the Dauphine. In Primoz Roglic they have a Grand Tour winner who can time trial and sprint away from Bernal and keep up with him in the longest mountain passes. He’s also got support from a Giro winner, rounding into form, and a team of upwardly mobile winners. You’d be mad not to expect Roglic, the best GC rider of the last 18 months, to add the Tour to his Vuelta. 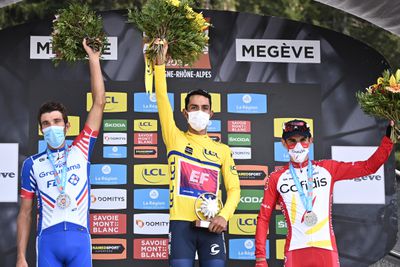 Getty Images
This is the Tour trial, and these guys ain’t Ineos or Jumbo

c) Roglic and Bernal are both coming off crashes, leading teams who’ve the loss of key lieutenants. Bernal is vulnerable and Roglic is overcooked. Meanwhile Thibault Pinot has been unlucky, not injury prone, and there’s no reason he won’t get to Paris and be wildly competitive for the full Tour. Meanwhile, you’d be mad to write off EF, who have the Martinez who is the Dauphine winner, nicely positioned to make a run at yellow (and white) and backed by the wonderkid Higuita and the experienced Uran. You have Pogacar, one of the most talented young climbers for years and a man who beat Roglic in his national TT race. You shouldn’t forget Quintana , or Lopez, or Landa, all of whom can really climb, and lead major squads. Buchmann, if healthy, has proved he can compete. Adam Yates is a former white jersey winner. Mix all ten of those guys in with the uncertainty that Covid has created, both in terms of riders’ form and the possibility of a foreshortened or altered race, and you have the most open Tour for years, or even decades. I haven’t even mentioned G-Mart, Ala, and the possibility of the French press losing their minds.

d) It is all totally irrelevant, they’ll barely get through three stages before they have to pull the plug on the whole thing. If you want real cycling thrills, watch the Brussels Cycling Classic.

If you’re anything like me, you hate multiple choice answers, because you always either want to choose “e” or pick a little from each of the above. You can make a case for any of the items above, I think. Assuming “d” doesn’t happen – and that’s a whole other topic – I tend towards “c”. I do think this is an open Tour. Yes, Bernal’s position is weaker than it was, but he’s the defending champion and he’s still gaining in strength and experience (remember, he’s only 23 and this will only be his third GT). Roglic’s stock is, in my eyes, unaltered – he loses Cruise but has a good team around him. This meme of him coming in too hot and running out of form is based on scant evidence, but not no evidence. I think it is probably overplayed but I wouldn’t entirely discount it. To me, they’re the two favourites, still, and there’s not much to choose between them. However, they certainly aren’t prohibitive favourites and even if Jumbo have the strongest train, this is very far from a two-team race.

Put me in the group anticipating a very exciting race. 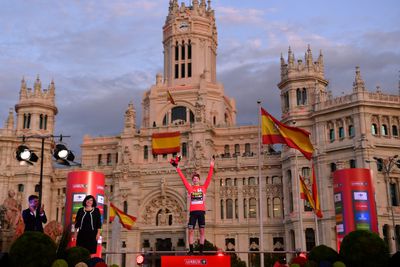 Where now for Team Ineos?

We’ve got a piece on Ineos’ Tour squad up already (thanks, Lopex!) and there’s a lot of e-ink spilled on the topic. If you haven’t already, I’d urge you to read Inrng and would also suggest that William Fotheringham is worth reading. My own thoughts are that, with Bernal rocking up in good form, this is unlikely to be a “lost Tour” in the manner of 2013, but even if it is, what we’re seeing is an inevitable part of the baton being passed to the younger riders. I’ve talked a lot about the hiring policies of Sky (as was) and their clear push towards youth, and a team led by Bernal, with Sivakov and Carapaz as key climbing lieutenants (and six Tour wins pushed aside) more than proves the point.

If you’re concerned about Ineos = British Cycling, then sure, this is a problem – though it isn’t a new problem; Froome and Thomas haven’t suddenly got older or more injured, and their younger riders haven’t suddenly altered their nationality. There are young British riders with Ineos (Hart, Doull (if you count 27 as young), Lawless and Hayter). Of those, only Hart is showing signs of being a future GT leader, and you’d say his chances are lower than Bernal, Sosa, Sivakov and Narvaez). With Pidcock yet to choose a WT team, is there a British climbing superstar in waiting younger than the Yates boys? Knox, perhaps, or Hart, and they have one of those, and both are far from certainties.

There’s no doubt that Eastern Europe and Latin America (specifically Slovenia and Colombia) look to be where climbing talent is richest at the moment, with Colombia producing seemingly as many brilliant climbers as all of Europe in the last few years. That is really the key here. Ineos clearly intend to stay at the top of cycling’s mountain. They plan to stay there by being the best at climbing mountains. There were a few Brits (mostly from the track world) who got them there, but this was always a global team and has shown a willingness to reinvent. Their younger Brits look more like sprinting and classics riders, Hart aside. As elite climbing talent “moved”, so did Ineos’ focus for recruitment. Interestingly, so did their (avowed, at least) method of managing their riders. 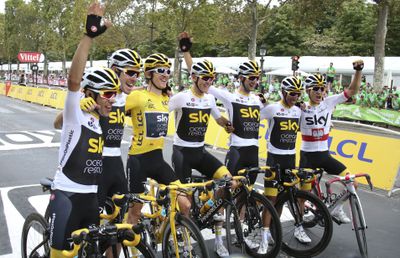 I guess what I’m saying is, this isn’t much of a surprise. We knew that Ineos have elected to “skip” a generation of possible leaders – whether because of a failure to recruit or a belief that it wasn’t necessary. With Froome and Thomas coming towards the end of their period of dominance, and Bernal et al still spinning up, we’d either see an overlap or a gap.

This might all work out perfectly for Ineos, if Bernal wins the Tour, we get a final hurrah from Froome in the Vuelta and G gets to strut his stuff in Italy. They have three proven winners, each going to a Grand Tour nicely supported, so none of that is exactly impossible. My bigger question is, even if this is a poor year, what exactly does it portend? Next year, Bernal Carapaz and Sivakov are the obvious GT leaders. Two are already winners at the highest level. At 27, Carapaz is the oldest. All are under contract for multiple years, and after losing Sky, Brailsford got Ineos to back him – a company run by one of the richest MAMILs in the world. Yes, other teams have good riders and yes, the gap may be reducing, but news of Ineos’ demise has been vastly exaggerated. 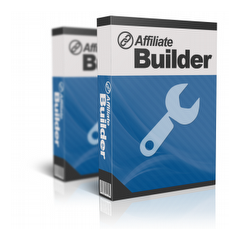 INSTANTLY and SIMPLY build your affiliates page with all the tools needed in minutes.
WP Affiliate Page Builder
47 $ 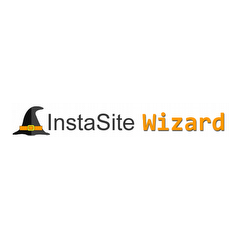