Telemarketing was hailed as the much-needed revolution a few years back. It was used for both inbound and outbound marketing. People were hired for making calls. Telemarketing lists were built. Calls were made to customers at various times.

Today, while often annoying for some customers, telemarketing is still relevant, especially in areas of the world that still use a telephone vs the Internet.  Telemarketers have often tried to stay targeted, reaching customer bases in the same regard as an email list.

In generalized target marketing, leads are built depending on locality. Businesses in US for example, created a USA consumer leads database while their counterparts in Australia put together Australian contact leads.   The technique of reaching people in generalized target marketing is more a numbers game.  People call people to sell a product/service.

As companies abused this method and they do with email blasts, laws and regulations were established to cut down on the usage of telemarketing by companies. Governments across the world stepped in to tell companies when to call and when not to. Some countries had more stringent rules than others. People predicted a decline in telemarketing.

While laws have been enacted, in 2020, telemarketing is still very much prevalent.  It is still a common technique used for inbound and outbound marketing.  Let’s understand what is going to change in telemarketing and how much in 2020.

The Shift from People to Technology

Telemarketing as an industry has seen one major change; from people-driven business to technology-enabled business. Where there were 100 people employed to makes calls to prospective phone leads in the past, there are just 10 now doing the same volume of work. This drastic difference in numbers is purely because a lot of basic work is now automated.

2020 is not going to be very different for technology-enabled telemarketing. It will only get a lot more tech-enabled. Use of IVR’s, virtual call centers and the likes will only become more acute.

The combination of internet offers and telemarketing calls has done wonders for lead generation. The Internet is great at creating short term interest in a campaign. Ads, polls, quizzes help in identifying a relevant audience. While internet marketing cannot hold the attention of the audience for long, it successfully captures interested telephone leads. A telemarketing call fills the gap of internet marketing, builds a one to one connection and converts the lead.

2020 will see a fortified marriage of the internet and telemarketing. Increasing usage of smartphones coupled with affordable data plans will further make this marriage strong.

The early 2000s witnessed a relatively flat economy. According to a Time magazine report, just the United States of America saw an increase of 250% in revenues from telemarketing that decade; growth that commands attention even in a robust economy. Telemarketing has come a long way since then. It has become more advanced. From just an in house group of employees placing calls to potential customers, the whole game has shifted to call centers.

The use of the internet along with telemarketing eventually moved to real-time chats. This trend coined the contact center approach.

2020 will see more of both as untapped countries are now being utilized for setting up offshore centers.

CRM software helps manage all your customer pertinent needs. It could be to do with the accuracy of data or frequency of interaction. It also looks into automating sales, marketing and vendor management. The latest of the CRM software’s are powered by strong analytical engines that derive actionable customer insights. These insights directly feed into telemarketing campaigns. Telemarketing calls further feed data housed in the CRM with critical information.

The combination of CRM with telemarketing leads to effective conversion in business. Especially in complicated business environments like B2B, this will prove highly useful.

2020 is not going to be an exception to this trend. As analytics becomes more refined, CRM’s evolve to give better information on leads.

The essence, telemarketing is here to stay and 2020 will only see more advanced trends of it.

As a business owner or a telemarketer, your focus should be on being abreast of cutting edge technologies that are being paired with telemarketing. The very reason why telemarketing works, the one-to-one interaction with a customer can never be replaced by any technology. At the end of the day or year, we are still humans who like being acknowledged. Telemarketing does that wonderfully.

The post Telemarketing 2020 – What changes to Expect? appeared first on Information Technology Blog.

Allows you to quickly and easily add amazon affiliate links to your wordpress posts and pages.
Amazon marketing
47 $ 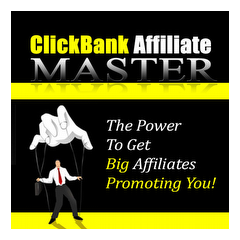