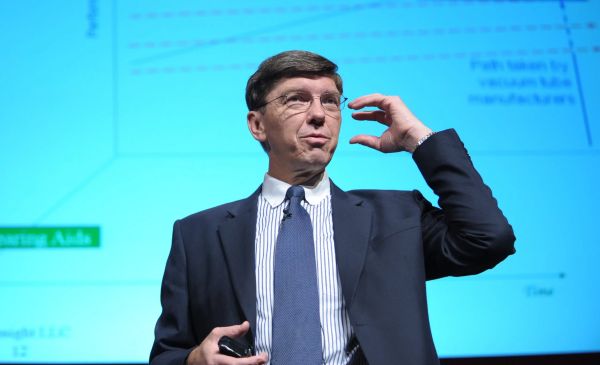 Nine of the ten most valuable companies in America can trace their greatness to reconceiving a market’s boundaries. From ExxonMobil to Apple to Wal-Mart, these firms expanded markets that others saw as static. How can companies in today’s economy – seemingly hemmed in on all sides by hyper-competitive markets – break into new ground?

Clayton Christensen, the famed Harvard Business School Professor known for coining the term “disruptive innovation,” believed that one of his most enduring legacies would be an idea he first put forward in his 2003 book The Innovator’s Solution: don’t sell products and services to customers, but rather try to help people address their jobs-to-be-done. This seemingly simple idea has profound implications for re-framing industries. As I saw in years of consulting with Christensen to companies giant and small, it can revolutionize how firms compete. But the concept can also be tough to put into practice. A six-step process provides a rigorous way of defining the jobs you can address. Once those challenges are tightly defined, it is much easier to generate bold ideas for new solutions.

1. What Are The High-Level Jobs-To-Be-Done?

Rather than looking just at what people buy, examine the needs that arise during their lives. Sometimes the job is much broader than the product or service that is bought. For instance, why did I take five small children to a movie on Sunday afternoon? Because on a rainy day I needed to get them out of house for a few hours. Could movie theaters expand their addressable market by emphasizing how they can occupy kids? What if the room used for the 20th screen was adapted instead for inexpensive play like a children’s gym?

2. What Are The Current Approaches And What Pain Points Result?

Jobs-to-be-done can sprawl across dozens of industry categories. Clearly a company can’t address each job, but by looking broadly it can re-define its true “competition.” After it understands the full landscape, it can focus narrowly. Theaters may not want to invest in indoor playgrounds, but they need to see playgrounds as a rival every bit as real as a multiplex a few miles away. By understand the pain points associated with competitive offerings, a business can better invest in emphasizing its distinctive strengths.

3. What Benchmarks Exist In The Full Range Of Competing Offerings And Analogies?

Companies should always compare themselves to directly comparable firms, but they should not be seduced by the simplicity of that exercise.  Through examining all that the full set of rivals and analogous offerings can do, they can get excellent ideas for their own business. For instance, a movie theater would learn from Disney World about how to market merchandise to children and how to entertain people in lines.

4. What Performance Criteria Do Customers Use?

Much psychological research has shown that even horribly complicated decisions are often reduced to a small handful of criteria that people can keep in mind at any one time. What are they for your industry? What adjectives describe a good solution? Asking customers these questions can open up surprising routes for improving current solutions or marketing existing offerings more effectively.

5. What Prevents New Solutions From Being Adopted?

Managers are often too enamored of their own ideas. Unfortunately, even compelling ideas can take a long time to catch on. Indoor plumbing took 4,500 years from its invention to become widely adopted. Really, is your idea better than indoor plumbing? Think in a disciplined fashion about all the obstacles hindering adoption of new solutions in your industry. Talk to customers about how they made a decision to adopt a recent innovation – not innovations in general, as that can average out important details, but rather a specific case study.

6. What Value Will Success Create For Customers?

By understanding the value that lies in resolving a pain point, you can see how many degrees of freedom you have to engineer a new solution. For instance, if resolving an issue on construction sites will avoid 30 minutes of downtime twice a week, and that time is valued at $600 / hour for the crew, then you get a sense of potential price and cost of a new solution. Keep in mind that value will be defined by money, time, convenience, peace of mind, and other metrics.

More of this approach is featured in my book JOBS TO BE DONE: A Roadmap for Customer-Centered Innovation.

FREE Publications And Resources For Marketers