Most fiction writers are clear about the inciting incident or initial disturbance that has to come near the start of their novel. Yet, I see way too many novels in which there really isn’t a strong impacting incident. Or it’s in the wrong place.

I do many fifty-page critiques on novels that have fifty pages of setup. Backstory. Telling, for example, all about how the characters met, fell in love, got married, etc. What is the stated premise? It might be about a man who has something precious taken from him and must face danger and horror to get that thing back. Huh? What did the first fifty pages have to do with any of that? Nothing.

That inciting incident often isn’t there. I imagine it shows up at some point later, but that’s way too late. The inciting incident has to come at the start of the story. It launches the story. Catapults it. You don’t want your story sitting in that little catapult bucket for weeks just waiting for someone to hit the lever and send it flying.

A ship’s voyage begins when it’s launched. Not when it’s sitting dry-docked for weeks, waiting.

Every great story is about some character in his ordinary world that gets veered off in a new or specific direction due to some incident. Michael Hauge nicely calls this an opportunity. Life is moving along, and suddenly an opportunity presents itself, for good or ill—or both.

Whether it’s a parent’s kid getting kidnapped, a violent storm blowing into town, a ship of mutant dinosaurs or zombies that land on shore, or a young woman meeting a hot man, novels need that inciting incident to launch the premise.

Getting a Handle on the Premise

And what’s the premise? That’s the situation that calls for someone to do something about it.

A premise presupposes a situation. Someone with a reason, drive, need, compulsion—needs to deal with that situation.

You can fashion a premise by asking “What if?” What if a comet was about to hit Earth and scientists had to find a way to stop it? That idea makes way for a premise (situation setup), which makes way for a one-sentence story concept.

How do you go from premise to that important story concept? By adding in those key corner pillars of novel construction: the protagonist and his goal and the conflict with high stakes.

It’s so important writers understand this important structure of novels. Sure, this is going to vary a bit, but in every genre, novel structure is key. The stronger the foundation of a story, the better chance it will hold up.

And one of the keys to a strong foundation is that strong premise.

I know some of you are getting sick of hearing this from me. I’ve written countless blog posts and writing craft books centering on this, but I do so for a reason. Seriously, if even half the manuscripts I edited and critiqued had a clear, strong premise featuring a protagonist going passionately after a goal, I would not write so much about this. In fact, I’d jump up and down and sing silly little songs if even half of those manuscripts had this very basic and necessary foundation.

Work on That One-Sentence Story Concept

So, if you don’t have this understanding down, spend some time reading those blog posts and studying those books until you get it. You need to be able to write a one-sentence story concept (yes, one sentence) that tells the premise of your novel, featuring that protagonist and his goal, and what conflict or primary opposition he’s facing.

Example from Harry Potter and the Sorcerer’s Stone (via Randy Ingermanson): “A boy wizard begins training and must battle for his life with the Dark Lord who murdered his parents.”

Some call this a one-sentence pitch, a logline (usually for scripts). Scriptlogist.com makes this suggestion:

Here are three questions to ask yourself as you write your logline:

I like Nathan Bransford’s simplified formula for a one-sentence pitch: “When [opening conflict] happens to [character(s)], they must [overcome conflict] to [complete their quest].”

The most challenging aspect of novel writing, to me is what to do with all those cool scene ideas and developments. When brainstorming my novels, I often have pages of notes and index cards. I have a ton of great scene ideas that have conflict and show progress and hindrance as the hero or heroine of my story strives to reach the goal.

But then comes the part when I have to lay it all out in the best and strongest fashion.

While I now do a lot of this intuitively after writing a lot of novels, I still need to break down the action into sections in a manageable way.

So, first and foremost: get your premise clear and strong. Practice writing out your one-sentence story concept. If you can’t for the life of you figure out what your protagonist is after or what the central conflict is, you more than likely don’t have a strong concept, or maybe even a premise. And that’s a big problem.

If you are stuck and need help, hire me. Let’s work on this. You may have a very cool idea, but ideas are lumps of clay. They are just sitting on the table like blobs of nothing unless we turn them into powerful concepts.

Wanna share your one-sentence story concept in the comments? 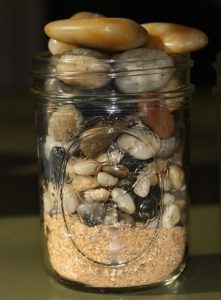 Don’t guess what scenes you need in your novel. Don’t guess where your scenes go. Guessing usually leads to novel failure.

With the method, you’ll guess no more. You can write terrific novels, every time, if you follow this blueprint!

The course includes video modules for each lesson, slides and movie clips, and charts, along with passages from novels, to help you fully understand the content. You’ll also get handouts you can download, including worksheets to use to help you brainstorm your turning points, key scenes, and the protagonist’s transformational journey.

This course lays the foundation for the intuitive layering method outlined in Layer Your Novel: The Innovative Method for Plotting Your Scenes. Once you’ve mastered your ten key scenes, you’ll be ready to brainstorm your second layer of scenes. An online video course will be added to this school later this year to help you layer your next ten scenes!

“I loved this book. There is so much here, yes, even for us pantsers—because in every novel manuscript there comes that point where we wish we were plotters. And as much as C. S. Lakin eschews winging it, her layering method actually allows for enough creativity and innovation that we get the best of both worlds.

If the idea of outlining repulses you, admit there are times when you wish you’d done it, and give Layer Your Novel a peek. It’ll make you a better storyteller.”

You get lifetime access with a 30-day money-back guarantee. So there’s nothing to lose by giving this a try. It may make novel writing so much easier for you!

The post Is Your Premise Worth Your Time (or Anyone Else’s)? first appeared on Live Write Thrive.